Mercury Retrograde in Gemini is a rare event that occurs exactly once every thirty-eight years. It is the time when Mercury, the messenger of communication, is forced to stop and reverse course as his orbit is forced to change direction. During this time, communication may be impeded, communication may be distorted or possibly delayed. Communication is the basis of all our interactions, including work, play, and political and social connections. During this time, one must be more observant and aware so that they may act with balance, compassion, patience, clarity, and forethought. As a result, life itself becomes more complex and difficult to the point of being chaotic, especially at work, when one may find themselves losing focus due to Mercury Retrograde.

The retrograde zodiac is a time for reflection and change. It’s a good time to think, learn and grow. It’s also a period when we can get caught up in the temptation of things that may not be good for us. In these times it’s important to take a step back and focus on what really matters, because this is when we see a clearer picture of what we want in life.

Mercury will be on the 29th. May 2023 at 23:34 (BST) retrograde at 24°Ge43′ R. Usually Mercury comes into retrograde with huge warnings – don’t sign this, don’t go anywhere, don’t buy anything, don’t do anything until it’s over! But life isn’t like that. Whether the retrograde period is backward or forward, life on planet Earth goes on, and not all decisions can be postponed until after the retrograde period. If Mercury is retrograde, of course you should abstain if you can, or check the fine print and check again.

You may want to wait to make an important decision. But sometimes Mercury retrograde is the right time for a particular event or situation, especially if it’s something that should have been done but wasn’t, or if we need to revise or reconsider a past decision. If an event is planned during Mercury retrograde and it cannot be changed, we can think of the best rather than the worst. Maybe that’s just the way it should be. Mercury retrograde takes us out of human time and into cosmic time.

Since Mercury is also the dispositor of the North Lunar Node of Gemini at this time, it is possible that the themes we are exploring are also relevant to our soul development and karmic history. Mercury will move into his sign of Gemini, a place where he feels at home. However, Mercury is also out of sight during the retrograde and only returns the day after the retrograde ends. We will probably be very aware of the many faces of Mercury and may even see some we have never seen before. This retrograde period gives us time to do some introspection and examine our thoughts.

How we learn, how we communicate, how we think, what we know, what we think, what we know…. Mercury will raise question after question. The twins are represented by the heavenly twins, Castor and Pollux, who share their experiences of heaven and hell and earthly stories. Gemini is the first of the sky signs and covers the third house. House in the natural horoscope. With twins we learn to think, talk and, most importantly, connect.

In Gemini, we begin to deal with something outside of ourselves and explore our surroundings. Our mental abilities develop as we learn a language. Learning a language gives us the ability to express our inner world outwardly. We learn to define who I am and who you are. These pronouns are very important. People who identify as trans or non-binary may ask to be addressed with pronouns that suit them, and we should respect that. The pronouns we use indicate how we identify ourselves in the world and how others identify us. Remember the words all and none. They are both pronouns, but each has a very specific and different meaning.

Few animals understand personal pronouns (although some primates and dolphins demonstrate self-awareness).  But when it comes to an animal, many people assign a gender to it when they talk about it. I do it myself – without exception I call my friends pigeons, robins, thrushes and geese he or she. Whenever I hear someone use the word he in connection with an animal, I cringe. It dehumanizes, it dehumanizes. And yes, if an animal is obviously NOT a human, then it is still a living, breathing, enslaved being. It refers to inanimate objects such as. B. Rocks. This creates an emotional distance. Animals are not people, and people are animals.

The words we use can affect our emotional interactions with others and our ability to create an emotional connection. Primatologist Jane Goodall said:-. I’ve often said that to make a difference, you have to touch the heart, and to touch the heart, you have to tell stories. How we write about other animals determines how we see them – we must recognize that every non-human animal is a who, not a what. I hope we can raise our standards in this regard on a global scale, to treat animals as individuals rather than objects, so that the stories we tell encourage compassion and action on behalf of these creatures. What we say and what we think is very important.

The way we describe an event or memory resonates on a physical level. When we use catastrophic words that evoke fear, our immune system reacts the same way. Affirmations can elicit a different response – serenity, confidence, self-control. Words and thoughts have the power to shape our world and can change our view of the past, present and future. The asteroid Melusina (the mermaid who hides her fish tail from her husband) is in conjunction with Mercury, as are her stations. This asteroid evokes the need to be true to yourself instead of living a lie. click to enlarge

During this retrograde, think about the words you use to describe yourself. Labeling can be constructive or destructive. I’m an astrologer and writer. These are labels that I assign to myself, and in this way I can express an important part of who I am. But they are not all that I am. Inside, I also used words like fat, lazy, and stupid to describe myself – words I would never say to my loved ones, words that reinforced shame.

Can you remember the words you use when your inner voice speaks to you, or the words you whisper to yourself when you make a mistake? Are they loving and kind (Venus) or are they words that slowly but surely erase you (Neptune)? Mercury goes retrograde on the Sabian symbol of the gardener pruning tall palm trees. This symbol tells us that there is something we need to cut out, omit or reduce. Where can we apply this to the mind? What were we thinking? How has our upbringing shaped the picture of the world we see? What are the thoughts that move us? Maybe we absorb too many opinions, too much information, too much social media!

We are on a mission to rid ourselves of what ails us so that we can quiet our minds and think clearly. Because Mercury is in conjunction with Venus, this tells us to listen to our hearts. Part of the purpose of this retrograde movement is to create harmony within and without. The difficulty of this retrograde period is that Mercury is in square with Neptune. When Mercury goes retrograde, it is already on the 23rd. Mai formed a square to the ocean rule, and another square to the 5. June, a few days after the demotion.

Mercury will be in the sky until the 15th. Place de juin. The square then disappears, but returns shortly after Mercury becomes direct. The last square between Mercury and Neptune takes place on the 6th. July, one day before Mercury leaves its shadow zone. So, due to Mercury retrograde, we will have this disorienting, confusing and uncertain influence for about six weeks, during which time it will be difficult to distinguish fact from fiction. Mercury in Gemini focuses on information, facts, figures, reason and logic, while Neptune in Pisces deals with intuition and imagination, unconscious thoughts and otherworldly whispers.

Every time we think we’ve made a decision, something happens – a dream, a vision, a mood, a body language – something that makes us question our decision, our concept, or our perspective. Positively, this atmosphere is super creative, perfect for writers and artists, perfect for poets. But this hard aspect can also manifest itself in mistrust, a vague feeling that an important piece of the puzzle is missing, mental fatigue, lies to oneself or others, misunderstandings, confused thoughts, forgetfulness. Breathe. Breathe. Breathe.

The center of the retrograde is the 11th house. June, when Mercury strikes the Sun and receives information directly from the source, that is often when Mercury’s retrograde purpose becomes clear. The mind is enlightened. But we still have to give everything else time to unfold, even more so this time because of Neptune’s influence. During this time, you should be listening more than talking. Embrace the silence. Use quiet mantras. Meditate. Go to bed early. Keep a dream journal. Listen to inspired speakers, but don’t take everything as gospel.

Sketch ideas, try bibliomancy, use oracles. Also spend some time learning a new language, at least a few new words and phrases. Mastering language stimulates the brain and helps us think in new ways. Sabian symbol of the directional station of Mercury 22. June – The head of the energetic young man turns into that of a mature thinker. This symbol tells us that time for contemplation is never lost. Our minds are malleable, neuroplasticity is miraculous. We are constantly changing, growing and evolving.

Mercury retrograde in Gemini is a time where things can get messy. This is when you can find yourself in a weakened position, trying to figure out what to do next, feeling confused and vulnerable. These are the times that we need to step back and examine our lives, to see what is missing, and what we can do to make things better..

Read more about mercury in retrograde meaning and let us know what you think.

What signs will be affected by Mercury Retrograde 2023?

The spring and summer months are the times when the moon is closest to the node, and the effects are marked by the presence of retrograde motion in the heavens: the planet Mercury moves backwards in the sky, as if to rewind the clock and go back in time. This month of May 2023, Mercury will be retrograde in Gemini, and people will start to feel the effects of the retrograde.

What should you not do during Mercury Retrograde 2023?

Mercury retrograde was the most important astrological event that occurred in May 2015. It was one of the most significant events in the astrological calendar, and caused many retrogrades and shifts. It is now seven years later and the question remains: What should you not do during Mercury Retrograde 2023? 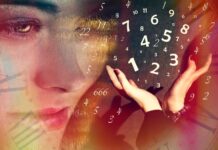 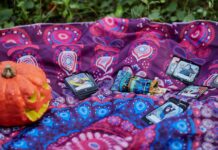 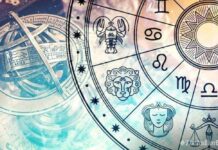