A vasectomy is a surgical procedure done for a man who wants to stop passing on their genes. It is often done if the person has made up their mind never to have children or has already fathered children from other relationships that they want to be sure of not having any more. The procedure closes the vas deferens, which controls the transportation of sperm from the testicles.

A vasectomy is essentially permanent. However, about 10% of men who get a vasectomy will eventually request microsurgery to reconnect their sperm ducts due to a change of mind in the future. A person can decide to have a vasectomy at any time in life, although it is often done in the prime of fertility as people get older.

An accomplished surgeon named Astley Paston Cooper, who is considered to be the founder of modern British surgery, was the first person to describe the vas deferens. His paper “Observations on the Structure and Diseases of the Testis” was published in 1830.

Dr Leon Goselin, on the other hand, performed a series of experiments on dogs, which led him to find different ways of doing the procedure. He came up with a technique called “surgical ligation and resection”. In 1853 Goselin published his findings.

The No-Scalpel vasectomy is a minimally invasive procedure in which special instruments make small openings in the skin instead of using a scalpel to make a large incision. An NSV incision can be as small as 10mm, and no sutures are required. A vas ring clamp and a vas dissector are the instruments that are used. A no-scalpel vasectomy is a relatively simple vasectomy, and most men who undergo it can immediately resume their normal activities post-procedure.

Is a Vasectomy 100% Effective?

Despite the huge success rate of getting a vasectomy, one in ten thousand vasectomies will fail. Although the failure rate is very low, there is a need to keep in mind that if a man undergoes a vasectomy and has the vasectomy reversed, he may still have fertility problems.

A doctor can routinely check the semen samples of a patient who has just undergone a vasectomy to confirm whether the patient is still producing sperm after the vasectomy. If the test shows that the patient has no sperm in his semen, then it means that the procedure is effective.

Side Effects of Getting a Vasectomy

Mild pain is experienced by almost all men who undergo a vasectomy. The pain is usually felt at the site of the incision made on the scrotum. In some cases, the pain is severe and quite intolerable. Generally, the pain is mild and can be controlled using common pain relievers. Swelling is usually a soft side effect. The swelling is commonly seen between two days and two weeks after the vasectomy is done. The swelling will subside eventually with time. A swelling that lasts long can be a sign of infection and should be reported to the doctor.

Vasectomy is associated with allergic reactions in some patients. These reactions are mild and subside with time as the body gets used to the procedure. Mild allergic reactions may include skin rashes, itching that is not controlled by topical anti-itching cream, or swelling of the face. Other allergic reactions include hives or anaphylactic shock. Patients who have any of these symptoms should seek immediate medical attention.

A vasectomy has several benefits for the patient compared to other forms of birth control. Being a permanent form of contraception, a man who undergoes vasectomy should consider it as one of his options if he is thinking of preventing children in the future. 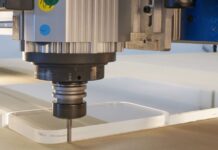 How to Make Money with a CNC Wood Router 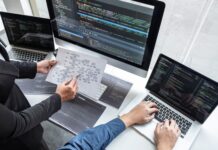 Ways to Drive Traffic to Your Insurance Business Website 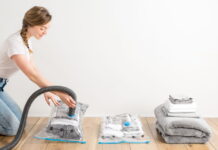 How Do You Keep Clothes Fresh in Vacuum Storage Bags?