Politicians invest a lot of money and time in their campaigns. Since the age of the Internet has long since come, they have to work hard to get their campaigns to reach the citizens. Sometimes they simply resort to shortcuts such as controversy, but sometimes they also happen to find themselves in it all. The situation is no different in Florida either and read below the top 3 most controversial politicians.

This politician is primarily an experienced lawyer with degrees from Harvard and Yale, but he found himself the target of the media due to certain controversial statements. One of his worst decisions is to use the word – monkey while talking about a black person. Many are not sure if it was an accident or if DeSantis was very clear in his statement. Because of that and similar things, this politician is on our list of the most controversial personalities. However, he became governor in 2019, and during his career, he opened many issues related to immigration, advocated for the medical marijuana program in Florida, contraceptives and abortion, better economics and education programs.

Known as a Florida senator, he has achieved numerous successes. He advocated the rights of patients the most, but equally emphasized the importance of maintaining the environment and educational programs. That is why he invested a lot in the development of programs around the world that enabled simpler and more reliable medical procedures.

This reduced the mortality rate after surgery in Florida, and patients had much more options than during previous years. His business career began in his younger days where he worked in a donut shop, and then he continued his educational path and became a governor. After the expiration of his mandate, he will officially start performing his senatorial role. There are a lot of controversial stories related to this successful politician, because there is nothing ordinary in him. One more controversy connected to Rick Scott is about his consultant Scott J Cooper and his indecent act with a mannequin.

From a prominent local politician, Gaetz defeated Democratic nominee Steven Specht. He invested a lot of money in his campaign, which paid off in the end. In addition, he had support for his congressional campaign. However, he is known not only for his political successes but also for his controversies. One of them happened just the night before the public hearing of Michael Cohen. He was Trump’s lawyer to whom Gaetz sent an interesting tweet. He stated in it that the lawyer had a lot of extramarital affairs, he also mentioned his wife’s infidelity and a few other things.

At the time, this was seen as intimidating witnesses that Gaetz refused to confirm. He constantly defended his views and stated that it was a test of witnesses, but not intimidation. In the end, he felt that the tweet said it all and that his words were superfluous. This met with harsh criticism after which Gaetz deleted the tweet and sent a public apology, and it was never proven that he had broken the rules.

Politicians bear a huge responsibility and they are constantly under the watchful eye of the public. This means that their every action follows and provokes reactions from the media and others. We hope you have satisfied your curiosity when it comes to the stories of Florida politicians. 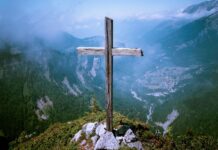 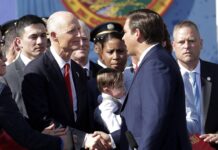 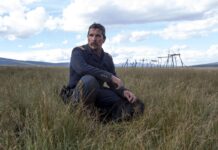