That being said, what is so magnetic about adult entertainment? When we say magnetic, we are talking about millions, even billions of people who are active consumers or who play a different kind of role in this marketplace. Research shows that the adult entertainment industry is one of the most powerful industries in the world with a net worth that can be measured in billions. Although adult movies are still somewhat stigmatized by society and still are quite taboo, we have to admit that with almost 15,000 movies that are being produced and released on a yearly basis, and with so many different types of content including both live and recorded varieties – it seems like this industry is not going to slow down. Quite the opposite, it is thriving and it’s only gonna grow.

Throughout history, humans were drawn to creating pornographic drawings, images, and later on, videos. It’s been proven that the oldest symbols or objects that have something to do with sex were made in prehistoric and then ancient times. This is a good example of how important imagery and the representation of such a natural process were to the human race throughout our history. Later on, this evolved into books and movies, and with the appearance of the first cameras and with the invention of the internet (which happened in the 70s), the first videotapes with adult movies were made and sold.

As we’ve previously mentioned, there was a time in our past when creating adult movies with a simple camera was revolutionary. When the first adult websites appeared (thanks to the rise of the internet), and became available to everyone, it opened a new door for countless possibilities and unlocked the astonishing potential of this industry.

However, what is revolutionary today? The answer is pretty simple: in the last couple of years, this industry was revolutionized by several things.

First of all, adult content is not strictly pre-recorded anymore. It seems like there was a big shift from staged, directed, and scripted movies to a more natural and spontaneous, as well as more tailored and customized type of adult content. What do we mean by this? It’s more enjoyable to be able to interact with someone than to simply consume content that’s been created and posted online. That said, there are a lot of options such as live cameras, live streams, and other options to choose from. These streams and webcams allow you to get the personalized content of your liking while communicating with a real person. On websites such as Partner4all, you can choose from hundreds or even thousands of live streams depending on your preferences, interests, needs, and sexual orientation. This is how the adult industry went from recordings and dead movies to what it is today: an interactive online place with endless possibilities.

But this is only a piece of the puzzle. Other technological innovations and elements that also have a great impact on the adult entertainment industry are the same innovations that are changing our society and almost every segment of it.

Virtual reality, artificial intelligence, distributed ledger technology, and Blockchain are changing the world for the better (or at least we can admit that they are shaping it differently). This is the future of many different Industries including the adult entertainment industry.

These technological innovations are erasing the boundaries between real and imaginary and they offer a next-level experience that is hard to describe other than fascinating. Not only can you experience the virtual or augmented world in 3D, but you can also communicate and interact with that world that looks, feels, and seems amazingly real, as well as user-friendly. What do these new technologies offer to someone who is enjoying adult content? Simply put, you can both enjoy live streams that are three-dimensional but you can also escape your mundane lifestyle and indulge in the world of fantasy that is so meticulously designed and that can’t be compared to anything else.

But pleasure is not the only purpose of new technologies in this industry. Virtual reality, live streams, and other types of innovations are extremely helpful and useful as a type of stimulation for people who have experienced or are experiencing some issues, whether they are psychological or physical. In this case, technologies are there to help people re-socialize and recover from anything they suffer from. People who have experienced abuse of any kind or people who have certain conditions but also people who are completely healthy but are simply stressed out about the very process of sexual relationships can find new technologies useful and liberating.

The adult entertainment industry is therefore intertwined with technology and they both help us overcome our fears, concerns as well as unlock our deepest fantasies, desires prepare us for the real world or help us to get back to interacting with our partner. They are also a great escape from everyday life and fantastic as stress relievers. Finally, technology is a powerful tool in the hands of the world’s second-biggest industry right now.

Last but not least, it should be mentioned that although this industry is constantly changing and hasn’t reached its peak yet, it’s important to understand that it shouldn’t be a replacement for human interactions but a fun and exciting alternative to experiment with. And what the future brings, is only left to discover. 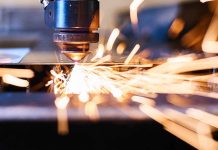 3 Tips for Understanding the Process of Laser Cutting 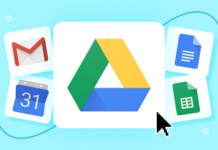 How To Copy Google Drive Files On Android